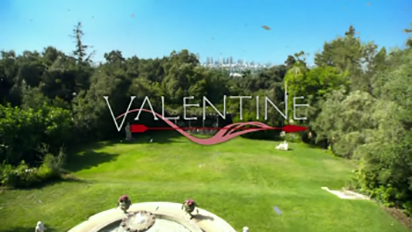 Valentine is an American romantic comedy-drama television series that aired on The CW and City in Canada from October 5, 2008 to July 19, 2009. The series was created by Kevin Murphy, who also serves as executive producer alongside Courtney Conte.

The show focuses on the Valentine family, a group of gods living amongst humans. They must keep their true identities secret as they do whatever it takes to bring soulmates together. In modern times however the gods' methods have become less effective, and unless they improve their matchmaking skills they will end up becoming mortal. As a result, Grace, aka the goddess Aphrodite, has decided to recruit romance novelist Kate Providence to help them adapt their skills. With help from the fates and the Oracle of Delphi, now housed in a hot tub, it is up to the gods and Kate to help bring love back into people's lives. ~Wikipedia

Kristoffer Polaha talks about the joys of playing a Greek god and even tests a new gun that Jason C. kindly got for him (Since Aphrodite has been so strong about keeping Danny from his).
We use cookies on our website to give you the most relevant experience by remembering your preferences and repeat visits. By clicking “Accept”, you consent to the use of ALL the cookies.
Cookie settingsAccept
Privacy & Cookies Policy