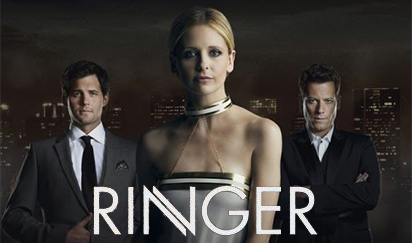 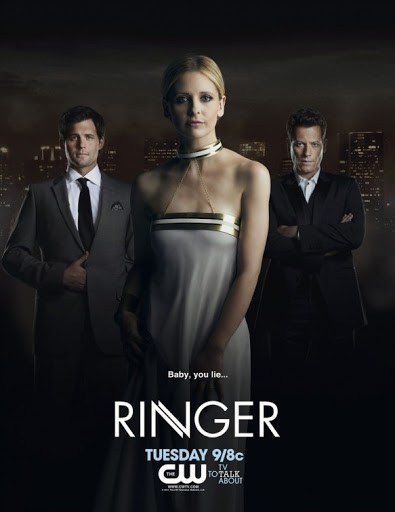 Bridget Kelly (Sarah Michelle Gellar) is a recovering drug addict and stripper in Wyoming. She is under the protection of FBI Agent Victor Machado (Nestor Carbonell), having agreed to testify against her employer, local crime boss Bodaway Macawi (Zahn McClarnon), whom she witnessed committing murder. Fearing that Macawi, who has already murdered several witnesses linking him to previous crimes, will also kill her, Bridget flees to New York to meet her estranged twin sister Siobhan (also played by Gellar).

Soon after Bridget's arrival in New York, Siobhan, who had kept her sister's existence secret from her family, appears to commit suicide by jumping into the ocean. Bridget then assumes Siobhan's identity and tries to fit in among Siobhan's wealthy social circle, including Siobhan's husband Andrew (Ioan Gruffudd), stepdaughter Juliet (Zoey Deutch), best friend Gemma (Tara Summers), and Gemma's husband Henry (Kristoffer Polaha) with whom Siobhan had been having an affair. The only one who knows that Bridget is passing as Siobhan is Bridget's Narcotics Anonymous sponsor Malcolm (Mike Colter). Bridget's life becomes more complicated as she discovers that her sister was hiding secrets of her own and that someone is trying to kill Siobhan as well. ~Wikipedia 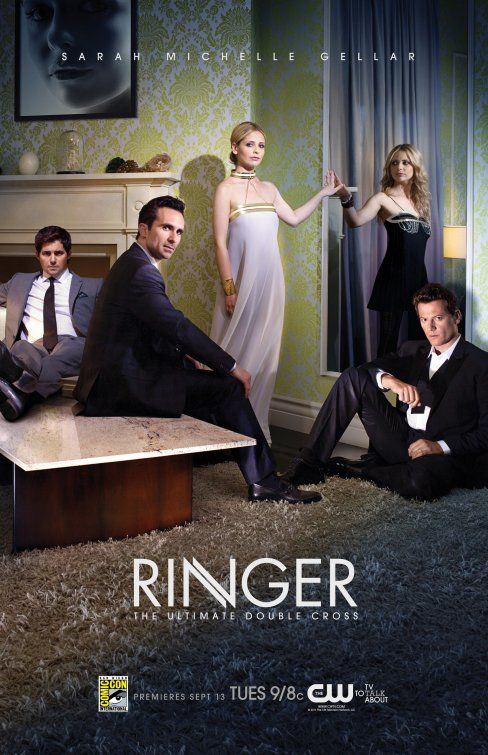 'Ringer': Kristoffer Polaha Reveals Why His Character Should Be Sarah Michelle Gellar's 'No. 1 Lover'
Kristoffer Polaha is a familiar face for lots of TV fans, and while his roles on shows like North Shore and Life Unexpected made him one of the small screen's go-to nice guys, he's turning that reputation on its head with his latest series. Kristoffer plays Henry Butler, a cheating husband and possible murderer, on the CW's new show Ringer. Kris stopped by PopSugar Studios in LA recently to talk about what's next for Henry and lessons learned from leading lady Sarah Michelle Gellar. We also chatted about how Kristoffer balances being a father of three with his acting career and — spoiler alert — he also revealed an exciting twist ahead in tomorrow night's episode that could change everything. Watch our interview and don't forget to tune into an all-new episode of Ringer this Tuesday on the CW at 9 p.m.
Kristoffer Polaha plays Henry on Ringer, a character that's been experiencing a lot of setbacks lately, so when I sat down to chat with the actor, we talked about where Henry might go next. Like the tone of the CW thriller, Polaha says Henry might be going dark, and he also talked about why he wants Henry and Siobhan to get back together. We also chatted about Polaha's previous role on the short-lived but beloved Life Unexpected.
Kristoffer Polaha talks about Henry's darkness, Siobhan ruining everything with her return to NYC, working with Nestor Carbonell, and more in this video chat about 'Ringer.'
Catching up with Kristoffer Polaha on the red carpet of the Critics Choice Television Awards in Los Angeles. He tells me about the one pilot for fall 2011 he wanted but did not get, how working on 'Ringer' will differ from 'Life Unexpected', and getting recognized in a Florida airport.
CW Connect — CW stars answer your questions on camera.
In a 2012 interview with Kristoffer Polaha, he talks about what could have happened on season 2 of Ringer.
We use cookies on our website to give you the most relevant experience by remembering your preferences and repeat visits. By clicking “Accept”, you consent to the use of ALL the cookies.
Cookie settingsAccept
Privacy & Cookies Policy