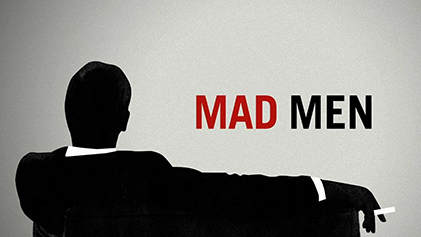 Mad Men is an American period drama television series created by Matthew Weiner and produced by Lionsgate Television. The series ran on the cable network AMC from 2007 to 2015, lasting for seven seasons and 92 episodes. Its fictional time frame runs from March 1960 to November 1970.

Mad Men begins at the fictional Sterling Cooper advertising agency on Madison Avenue in Manhattan, New York City and later at the newly created firm of Sterling Cooper Draper Pryce (later named Sterling Cooper & Partners), located near the Time-Life Building at 1271 Sixth Avenue. According to the pilot episode, the phrase "Mad men" was a slang term coined in the 1950s by advertisers working on Madison Avenue to refer to themselves, "Mad" being short for "Madison". (In reality, the only documented use of the phrase from that time may have been in the late-1950s writings of James Kelly, an advertising executive and writer.)

The series' main character is the womanizing advertising executive Don Draper (played by Jon Hamm), who is initially the talented creative director at Sterling Cooper, and later a founding partner at Sterling Cooper Draper Pryce. The plot tracks the people in his personal and professional lives. As the series progresses, it depicts the changing moods and social mores of the United States throughout the 1960s and 70s.

Mad Men received widespread critical acclaim for its writing, acting, directing, visual style, and historical authenticity; it won many awards, including 16 Emmys and 5 Golden Globes. The show was also the first basic cable series to receive the Emmy Award for Outstanding Drama Series, winning the award each year of its first four seasons (2008–2011). It is widely regarded as one of the greatest television series of all time, and as part of the early 21st century Golden Age of Television. ~Wikipedia 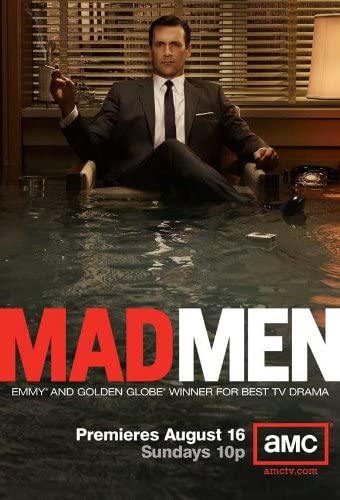 Kristoffer talks about playing Carlton at the beginning of this interview clip.