Life Unexpected is an American teen drama television series that aired for two seasons from January 18, 2010 to January 18, 2011. It was produced by Best Day Ever Productions and Mojo Films in association with CBS Productions and Warner Bros. Television and broadcast by The CW. Created by Liz Tigelaar, who served as an executive producer with Gary Fleder and Janet Leahy, the series stars Britt Robertson, Shiri Appleby, Kristoffer Polaha, and Kerr Smith.

Set in Portland, the story follows Lux Cassidy, a teenager who was given up at birth and has spent her life in foster care who finds her biological parents, Nate Bazile and Cate Cassidy. Wishing to become emancipated, Lux is instead given in to their custody.  ~ Wikipedia 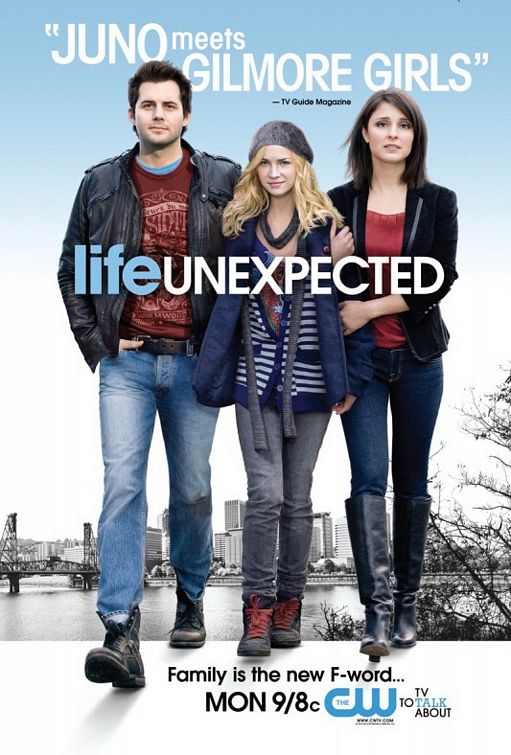 Kristoffer Polaha talks about Baze's Journey into fatherhood and how he dealt with it. He breaks down his emotions going step by step from beginning to now. He also dishes about the similarities between the emotions that Blaze felt as a child and what Lux is going through. Also find out what he has to say about his feelings for Cate!

Who's the fastest cryer on Life Unexpected? Britt Robertson or Kristoffer Polaha? Here they both share their techniques as Britt teases other on and off camera competitions.

Kristoffer Polaha from Life Unexpected talks about how Fatherhood is affecting Baze, the rivalry with Ryan and his relationship with Kate. Kris also comments on his own fatherhood experience and compares his life to Baze's.

Kristoffer Polaha tells us how Baze would celebrate Valentine's Day in his past life but how that may change this year... Kristoffer then asks his wife (standing off camera) if he's good at Valentine's. Check out her response!