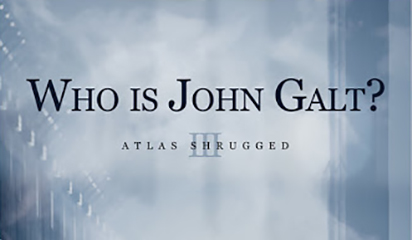 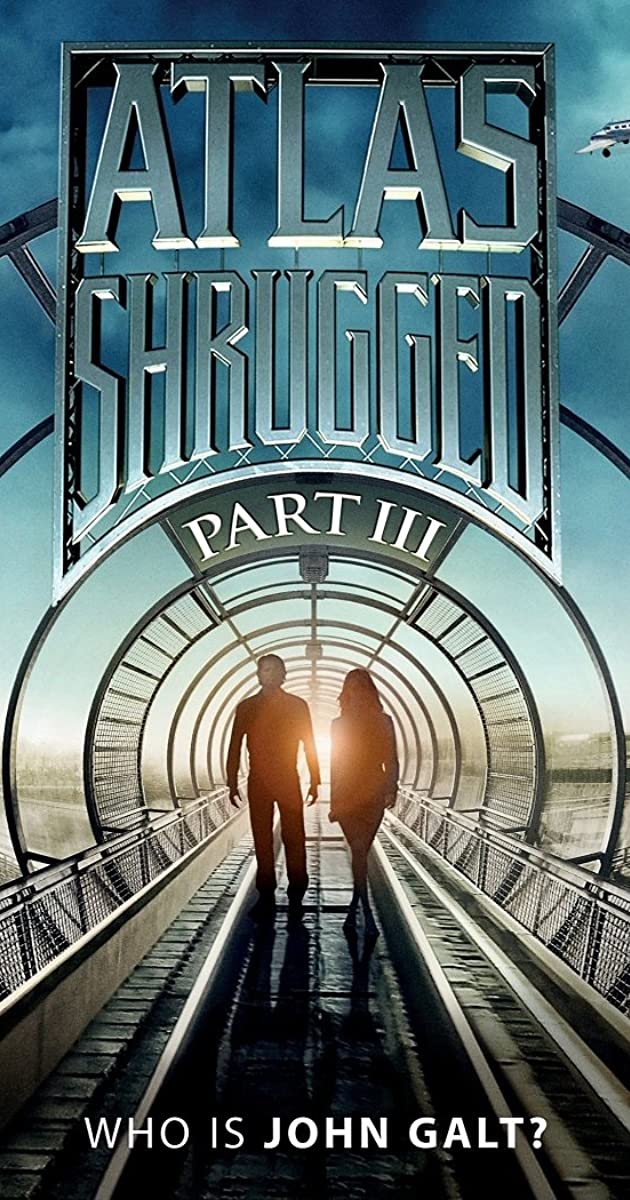 Atlas Shrugged Part III: Who Is John Galt? is a 2014 American science fiction drama film based on the philosopher Ayn Rand's 1957 novel Atlas Shrugged. It is the third installment in the Atlas Shrugged film series and the sequel to the 2012 film Atlas Shrugged: Part II, continuing the story where its predecessor left off. Directed by J. James Manera, it stars Laura Regan, Kristoffer Polaha, and Joaquim de Almeida.

The owner of the 20th-century Motor Company has died and his children have taken over, with a new plan to operate the company: that everyone work as hard as he can, but that salaries be "based on need". A lab engineer named John Galt objects and announces, "I'll stop the motor of the world."

Twelve years later, the economy of the United States spirals downward. Shortages have grounded airlines and returned the railroads to dominance; over-regulation has led to financial disaster. Galt seems to be behind the disappearances of corporate executives and other experts. The latest disappearance is that of Dagny Taggart, the executive officer of the largest railroad company, Taggart Transcontinental. She had chased Galt in a private plane and crashed hers.

Dagny has reached Galt's Gulch, and Galt himself rescues her from the crashed plane. She meets several "disappeared" achievers, such as banker Midas Mulligan, who say they quit after coming to believe that government was enslaving them. On the outside, government develops a classified new weapon called "Project F" and nationalizes the railroads, including Taggart Transcontinental.

The public grows increasingly frustrated with the central planning, comes to view Galt as the solution, and holds rallies calling for him to reform the government. Thompson, the Head of State,[6] offers Galt a job in the government, but Galt rebuffs the offer. Later, the government tortures Galt using the power of "Project F". However, others from the Gulch arrive to free him and they escape back to their refuge as the power grid around New York City begins to collapse. ~Wikipedia